15 Best UI/ UX Design Tools Every Designer Should Try At  Least Once! 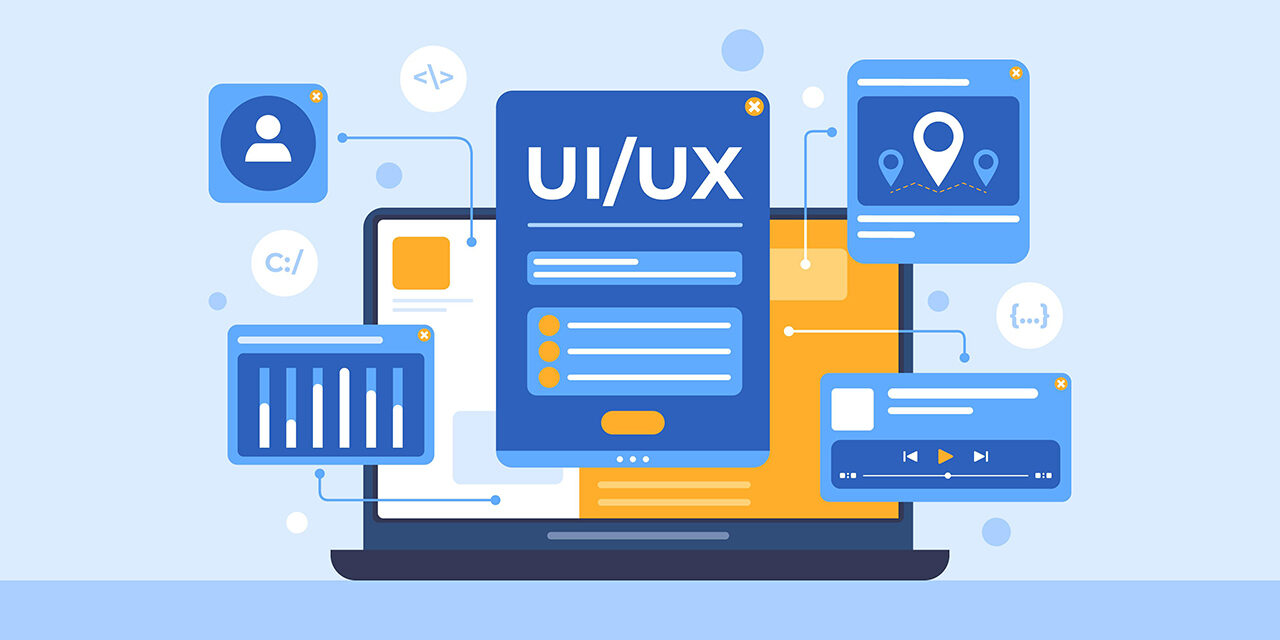 The pricing and feature details were referenced at the time of July 2022.

Designers, have you ever wished you had a magic wand that could help you design better user interfaces and user experiences?

Luckily, there are quite a few tools out there that can make your job a lot easier. In this blog post, we’ll take a look at some of the best UI/UX design tools available in the market right now.

So whether you’re just starting out in the world of design or you’re looking for new tools to add to your toolkit, read on for some great recommendations!

InVision is a versatile design tool that strongly focuses on enabling a top user experience.

Using Invision, a UX/UI designer can go from outlining the user journey to collaborating on early design, to wireframes and prototypes, and finally to its design handoff features.

A single platform that takes users from early brainstorming to development is exceptionally useful.

Another great feature of InVision is the digital whiteboard, which allows team members to share their ideas, interact with one another, and get that all-important sign-off before moving on.

Furthermore, these tools are ideal for those seeking UX designer jobs for freshers as well as beginners.

Adobe XD is a prototyping and mockup tool that works with familiar Adobe tools to offer vector-based user interface elements for building prototypes and mockups.

It is a user interface design program that focuses on generating product prototypes, mobile applications, and websites.

XD is also useful for working on cross-platform projects, as it includes automatic export capabilities for iOS, Android, and web platforms.

Pricing: For complete XD functionality, you may buy the standalone tool ($9.99/month) or join the entire Creative Cloud package (including Adobe XD) for $52.99/month.

Sketch was the first to introduce user interface design tools ten years ago, and although it no longer rules the market, it is still a formidable competitor. It’s still one of the most popular UI design software today.

Sketch is a Mac software that may be used for UI, mobile, web, and icon design. It has a vector-based design toolkit and an interface optimized for UI design.

It also has an extensive plugin ecosystem that allows designers to extend its functionality and integrate it with other tools they’re using.

Pricing: The paid plan costs $9/editor /month, or $99/editor yearly if you pay in advance.

Proto.io is another quality service that enables UX/UI designers to create high-functioning prototypes while remaining fairly friendly to beginners.

This combination is not easy to pull off, but Proto.io does it brilliantly, creating final products that work and feel like a finished product.

It is a no-code tool with a drag-and-drop user interface (UI) that provides a variety of templates, as well as a list of potential events and interactions.

It was originally created for mobile prototyping but has since expanded to include interfaces for any device with a screen.

Figma is also known for its ease of use and collaboration features, making it a great tool for design teams. It’s possible to leave comments on specific areas of the design, as well as chat with other team members in real-time.

Figma is a free web-based prototyping software that allows designers to create dynamic prototypes and mockups, evaluate them for usability, and synchronize all of the progress.

Axure RP is a tool for designing user interfaces, sitemaps, and wireframes. With this program, designers can quickly create prototypes without any programming. It’s possible to create clickable prototypes that look and feel real. And because it’s based on HTML, CSS, and JavaScript, you can share your prototypes with anyone.

Wireframes and lo-fi prototypes can be created easily in Axure, which is both simple to use and yet doesn’t compromise on functionality. The program allows users to design prototypes without having to write any code by letting them rapidly construct prototypes with data-driven interactions.

Many of the other capabilities of popular prototyping and UI design applications are available with Axure. It allows for testing of functionality, as well as a developer handoff that is convenient. This, coupled with an emphasis on communication, makes Axure a great option for UI design because everyone on a project is kept up to speed on development and changes in real-time.

Maze is a user testing tool that allows you to provide feedback on design prototypes.

By copying and pasting the prototyping link from Figma, InVision, Sketch, or Marvel, you may test prototypes created in those applications.

Maze operates with desktop, mobile, or tablet apps and takes place entirely in your browser.

With Maze, you can easily test ideas and get feedback early in the design process. With its simple drag-and-drop interface, Maze is easy to use and doesn’t require any coding skills.

You can also share your prototypes with anyone, making it a great tool for collaboration.

Marvel is a UI design tool that helps designers create high-fidelity prototypes. With its wide range of features and integrations, Marvel allows designers to quickly turn their ideas into interactive prototypes.

Marvel’s collaboration features are top-notch, allowing for real-time collaboration on design projects. All changes made by team members are automatically synced, so everyone is always working on the most up-to-date version of the design.

Marvel also has a wide range of integrations, making it easy to prototype designs created in other UI design tools. You can also add animated transitions and micro-interactions to your prototypes, making them more lifelike.

Free Plan: You may create one project for free using Marvel

Framer is a UI design tool that allows designers to create interactive prototypes. With its code-based approach, Framer gives designers more control over the look and feel of their prototypes. Framer also has a wide range of features and integrations, making it a great tool for UI design.

Framer’s code-based approach gives designers more control over the look and feel of their prototypes. With Framer, you can create prototypes that are more lifelike and interactive. You can also add animated transitions and micro-interactions to your prototypes, making them more realistic. Framer also has many integrations, making it easy to prototype designs created in other UI design tools.

Overall, Framer is a great UI design tool for those who want more control over their prototypes. It’s also a great tool for collaboration and creating high-fidelity prototypes.

Webflow allows you to produce without knowing HTML or CSS. Webflow gives you the creative freedom to construct whatever you imagine, with drag-and-drop functionality and a simple interface.

When utilizing micro-interactions in Webflow for developing a prototype, it generates correct HTML and CSS code or JavaScript. This saves time because instead of starting from scratch

Webflow is a scalable UI design software with a fast, reliable, and easy-to-use hosting network. You can use Webflow to design and launch websites, landing pages, and e-commerce stores. Overall, Webflow is a great UI design tool for those who want more control over their prototypes and designs.

FlowMapp is a UI design tool that helps you create sitemaps and user flows. With FlowMapp, you can map out the structure of your website or app and create user flows to visualize the user journey.

FlowMapp splits its UI and UX efforts into separate platforms, which is not something many other tools try to accomplish. FlowMapp focuses on the discipline of user experience design. Building user journeys and creating visual sitemaps are important for UX, and these are the foundations of FlowMapp’s UX design software.

Craft is a plugin from InVision that works in tandem with what you’re doing in Photoshop or Sketch, with a sync feature that automatically updates your work.

Craft comes complete with everything you need for prototyping and collaboration, including time-saving capabilities. Changes in design language, modifications, and other changes are propagated throughout the team so everyone is always on the same page, working with the most up-to-date information.

With its placeholder content, Craft sets itself apart from other UI design tools. You get access to both Getty and iStock photos, allowing you to fill your layout with better visuals.

And if there’s data in your mockup, you may utilize your own or pull it in from external sources. Craft’s unique functionality allows you to add more meaningful content to your design, making it a UI tool that’s great for both prototyping and collaboration.

Origami Studio is a very sophisticated program designed specifically for professionals. It was initially created for Facebook designers, but it is now available for free.

It has a learning curve to it, making it difficult to use as a simple prototyping tool for novices. It’s one of the most state-of-the-art UX tools on the market,

This platform offers the tools you’ll need to construct full prototypes that use a sophisticated patch editor, allowing creatives to include complex features.

Prototypes develop and appear like a real app or website. It has more depth than InVison or Sketch, which are simpler to use for novices in design.

Balsamiq was created with low-fidelity wireframes in mind so that users and testers may concentrate on the interface’s usability and flow.

Balsamiq is also useful for product managers or businesses looking to get an idea off their heads and on paper.

UX and UI prototyping software UXPin is a common tool that both novice and experienced designers use. UXPin is another end-to-end platform that may generate polished, user-interactive prototypes without requiring code skills.

This tool lets designers test their work for Web Content Accessibility Guidelines (WCAG) contrast requirements with ease. A designer can see how someone would perceive their work if they had any eight types of color blindness with this cutting-edge technology.

Pricing: Startup for $89 per editor/m

We’ve just scratched the surface of what UI and UX tools are available to help you design better products.

Each tool has its own strengths and weaknesses, so it’s important to select the right tool for the job. We hope this article has given you a better understanding of how these tools work and shown you some ways that you can start using them in your own designs.

What are your thoughts on UI/UX design? How do you think these tools could be used to improve your workflow? Let us know in the comments below. 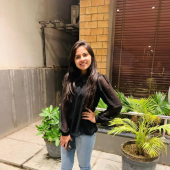 Hinal Tanna is an SEO strategist and content marketer, currently working with the marketing team of Minterapp. She has a knack for curating content that follows SEO practices and helps businesses create an impactful brand presence. When she's not working, Hinal likes to spend her time exploring new places.